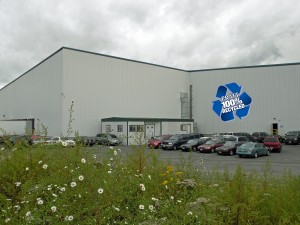 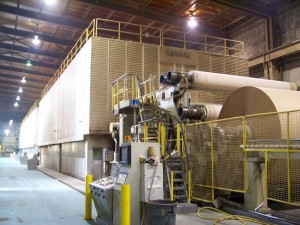 That’s the equivalent of saving more than 78 million trees! And every day, it produces enough paper to stretch from New York City to Atlanta.  And the adjacent corrugated box factory – which opened in 2008 – produces boxes for major corporations like Home Depot as well as more than 250,000 pizza boxes EVERY day.

“Everyone always talks about the importance of recycling, and Pratt deserves recognition for recycling 1200 tons of paper each day that would otherwise take up space in a landfill somewhere,” Molinaro said.

Since its opening, the paper mill has been visited by governors, mayors, athletes, TV news and documentary crews from around the world – and even appeared in a Hollywood movie.

“It’s hard to believe now, but many people were wary about a paper mill establishing itself on Staten Island,” said Molinaro. “Their first reaction was to say no. Fortunately, before we rejected them out of hand, we took the time to weigh the pros and cons, and came to the conclusion that the mill would pose no threat to the environment or to Staten Islanders. On the contrary, the mill has turned out to be a tremendous asset to the community and their success has exceeded all our expectations. I wish Pratt many, many more successful years on Staten Island.”

The mill – which is now the borough’s fourth largest employer – is the biggest manufacturing investment in New York City since World War 2.