On June 26th, Pratt Industries along with the Department of Sanitation New York, the Office of the Borough President James Oddo and the New York Department of Education announced the winners of the “Don’t Litter, Recycle” school poster contest. This borough-wide art contest asked students from Pre-K to eighth grade to create posters promoting a campaign for recycling in an effort to reduce litter in the streets of Staten Island. 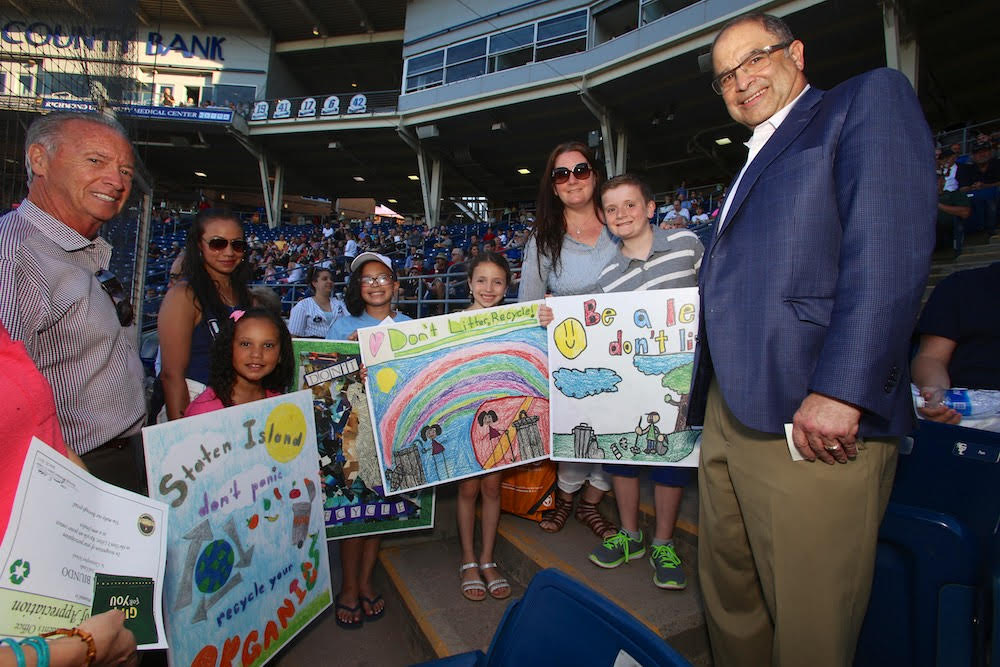 Over 90 entries were received. The Department of Sanitation was tasked with choosing 10 finalists and eight runners up. The awards were announced at a Staten Island Yankees game where once a year Pratt sponsors a “Pratt and Department Of Sanitation New York Night,” with hundreds of attendees. Pratt Industries Chief Operating Officer David Dennis threw out the first pitch of the game to kick things off. 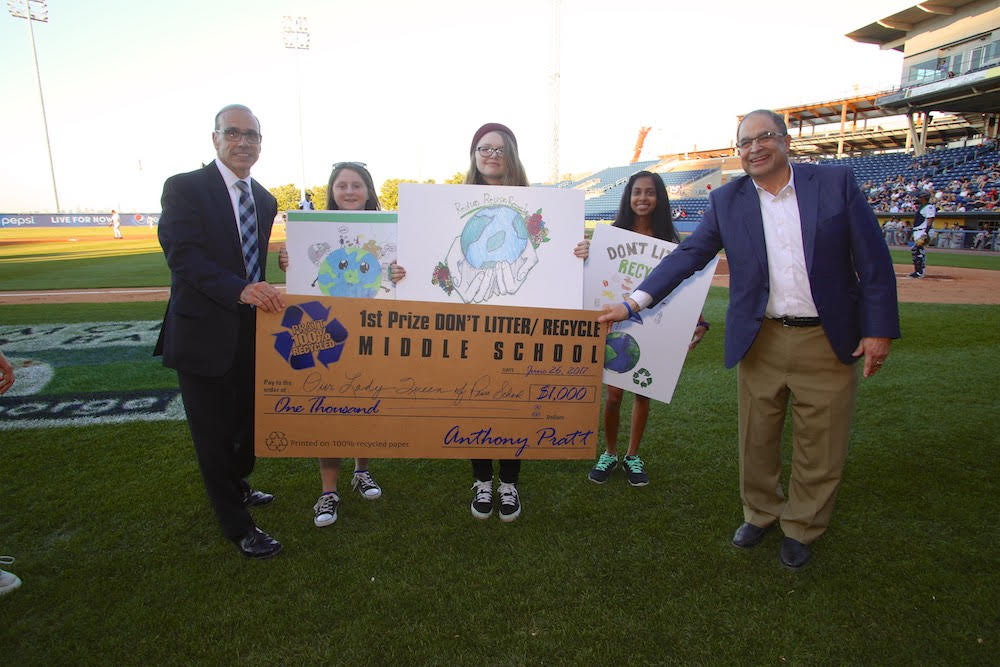 The two winners were fourth-grader Ryan Schnur of St. Christopher’s School and eigthth-grader Ariana Santora of Our Lady Queen of Peace School. They each received $100 gift cards. In addition to the gift cards, the two contest winners will have their artwork featured on Sanitation trucks, and their schools will each receive a $1,000 from Pratt Industries. 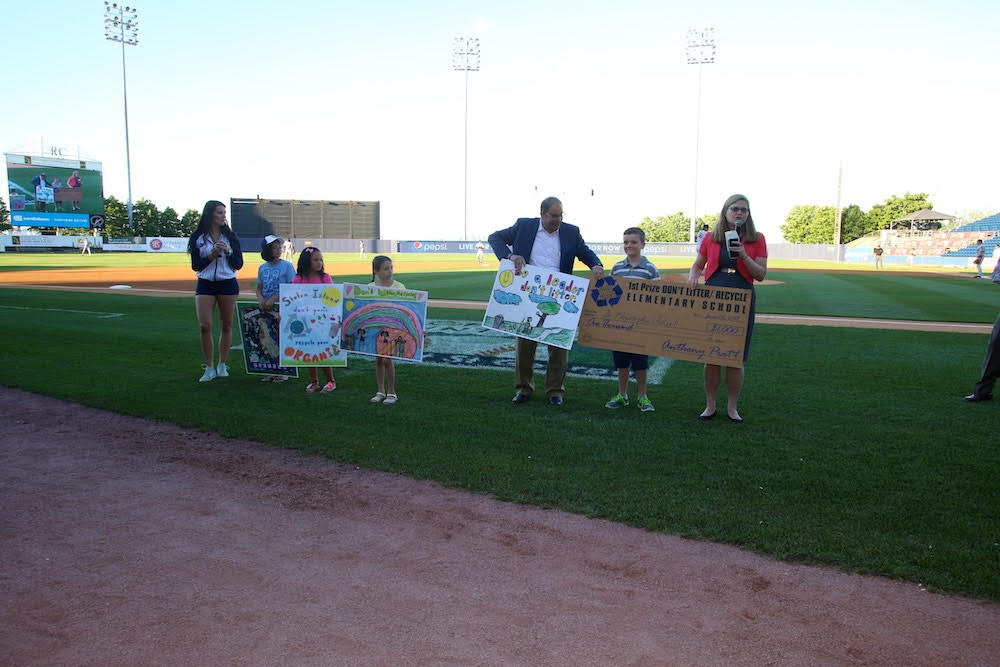 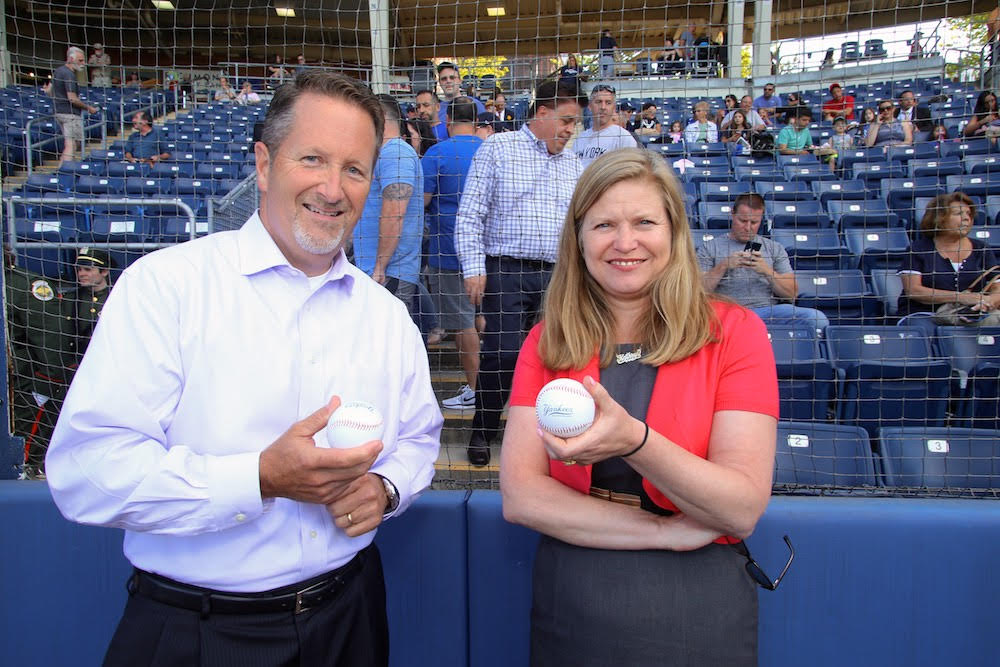 Many of Pratt’s senior managing were on hand including:David Dennis, Jeff Turner, Myles Cohen, Bob Reid, Michael Altobelli and Hank Levin. According to Myles Cohen, President of Pratt Recycling, Pratt will continue to invest in the community to promote recycling. 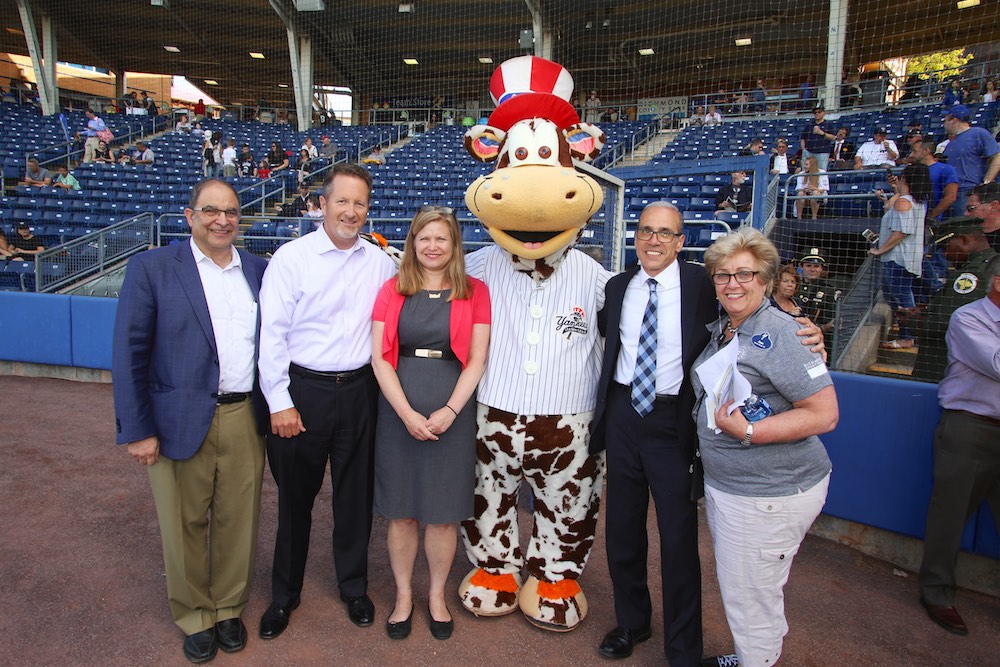 “Every pound of paper recycled on Staten Island stays in the borough to be made into brand new 100 percent recycled paper at our paper mill in the Travis neighborhood of Staten Island,” said Pratt Recycling President Myles Cohen. “Pratt is very proud of the two-decade collaboration we have had with the Borough of Staten Island and DSNY, and we look forward to furthering this relationship over the next several decades.”