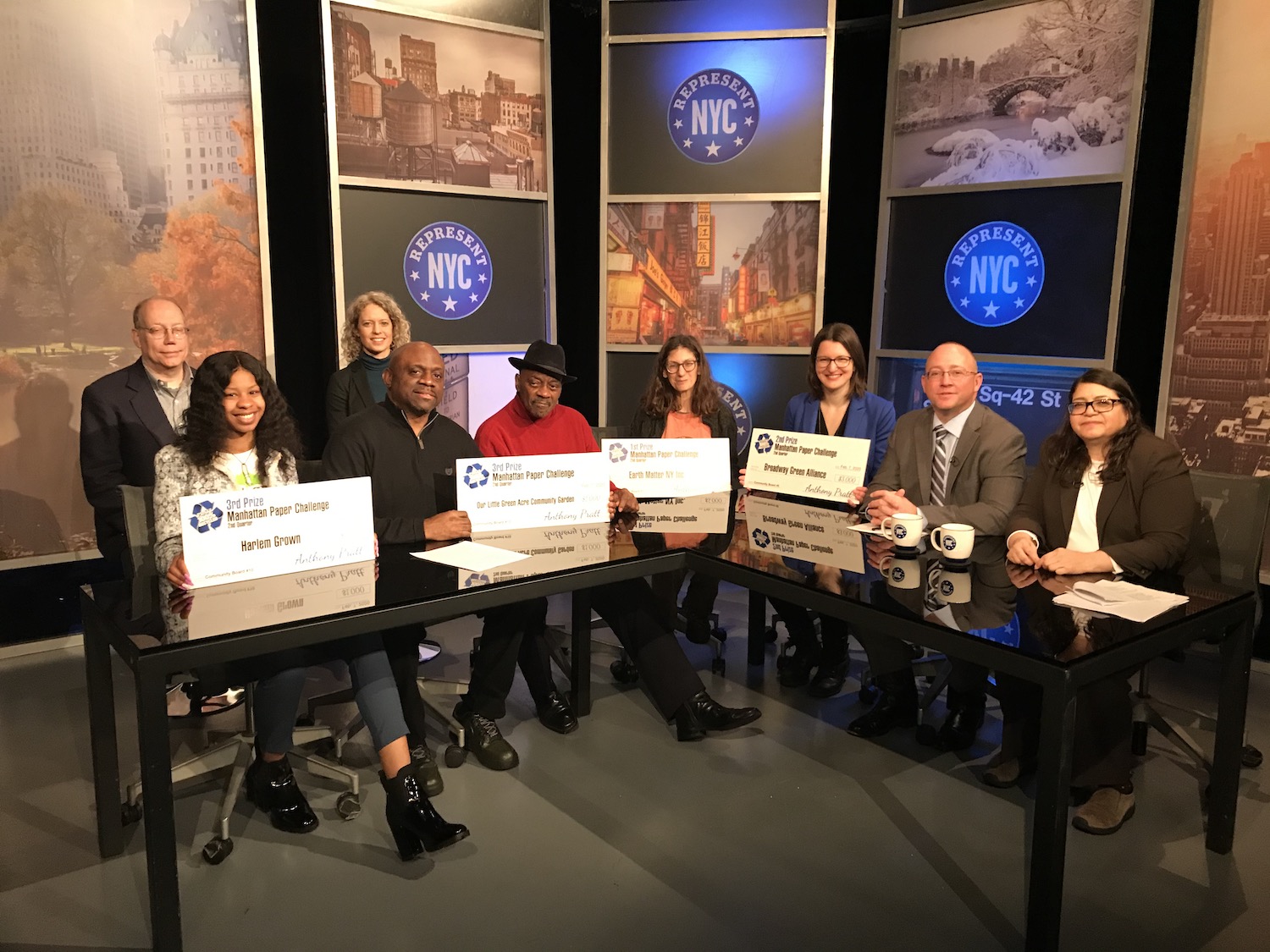 Pratt’s sponsored “Manhattan Paper Challenge” contest had its 2nd quarter awards event on Friday, February 7, 2020. In an effort to increase recycling rates in New York City, the Manhattan Paper Challenge allows Manhattan’s 12 community boards to compete for monetary awards based on which had the highest year-over-year increase in recycling rate. It was developed by Pratt’s N.E. Recycling Division Vice President Mike Altobelli to promote recycling and increase recycling rates in NYC. As part of the challenge, first, second, and third place awards are given out each quarter and an award given out at the end of the year for the best total year-over-year rate increase.

This quarter’s awards event was taped and televised on the Manhattan Neighborhood Network. Click here to watch a recap of the event! Appearing on the show to hand out the awards and to speak about Pratt’s long successful relationship with NYC was Recycling Division President Shawn State.  Hosting the show was Rosie Mendez; director of community affairs for the Manhattan Borough President’s Office. Joining Shawn on set was Bridget Anderson, deputy commissioner for recycling and sustainability at NYC Department of Sanitation and Matt Civello, chair of the Manhattan Solid Waste Advisory Board, who have both been big supporters of the Paper Challenge.

Each winning community board selected a non-profit organization in their district to be the recipient of the cash awards. Mr. State presented each organization with their awards as follows:

Congratulations to our second quarter winners! Please visit ManhattanPaperChallenge.com for more details about the contest and the latest standings.