In another feature spread for The Wall Street Journal, Pratt Industries highlights the increase in American food exports, up 6 percent overall compared to last year.

As an advocate for exporting food not jobs, Anthony Pratt spoke at the Global Food Forum in New York City last October, where he began a national conversation about how to double the sales of the American food production industry and create millions of new American jobs. The conversation continued at the most recent Global Food Forum event last week in California.

This feature will appear in The Wall Street Journal over the next few weeks to continue to encourage food exports and show our gratitude to America’s Farmers and Food Processors. 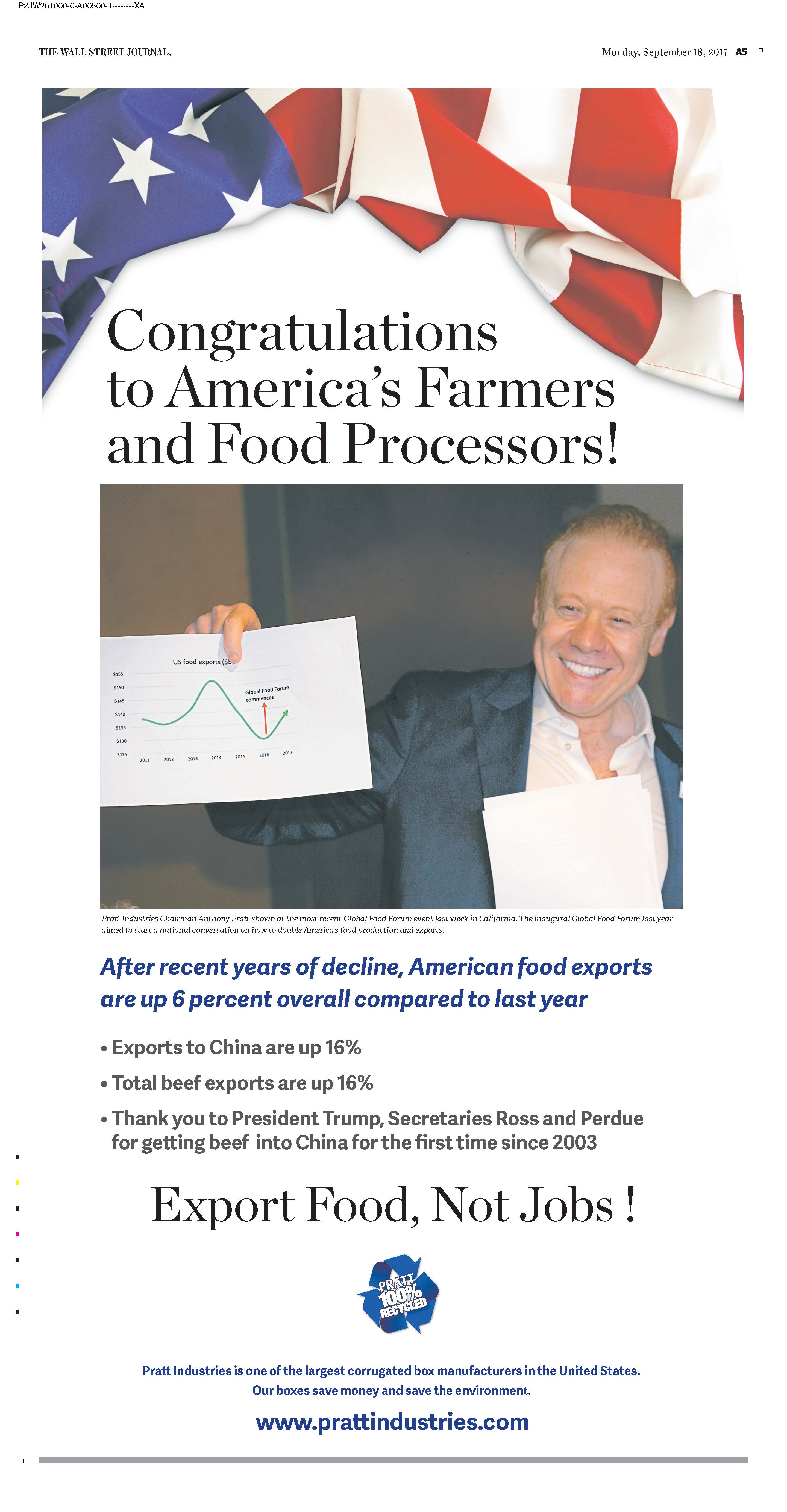